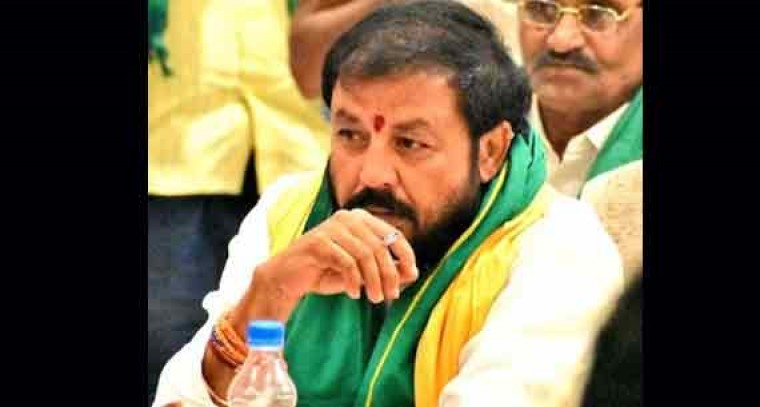 Amaravati, Dec 5 (IANS) An aide of a TDP leader and three workers of the party were injured in an attack allegedly by the functionaries of ruling party YSRCP in Andhra Pradesh's Eluru district.

Shiva Babu, personal assistant of former MLA Chintamaneni Prabhakar and three workers of the opposition TDP were injured in the attack on Sunday nuight near Koppaka in Pedavegi mandal.

The TDP men, who were on their way to Pedakadimi village, were stopped by the group of YSRCP workers when they reached Alugulagudem.

The victims told police that they were attacked with sticks and rods.

Locals shifted the injured to a government-run hospital at Eluru.

As Shiva Babu sustained grievous injuries on the head, he was admitted to a private hospital in the town.

Shiva Babu told police that some YSRCP men were indulging in illegal sand mining by deploying JCBs near Polavaram right canal and they thought that we were coming to stop them.

He alleged that K. Ranga Rao, P. Shiva and others attacked them.

Earlier, tension prevailed at Eluru government hospital when Shiva Babu and others were undergoing treatment and the YSRCP functionaries who had carried out the attack also came there to seek treatment.

Both sides tried to attack each other. Police reached there to control the situation.

Chintamaneni Prabhakar's wife Radha called on the injured Shiva Babu and other TDP workers at the hospital.