Fighting my own battle against YSRCP, says Pawan Kalyan 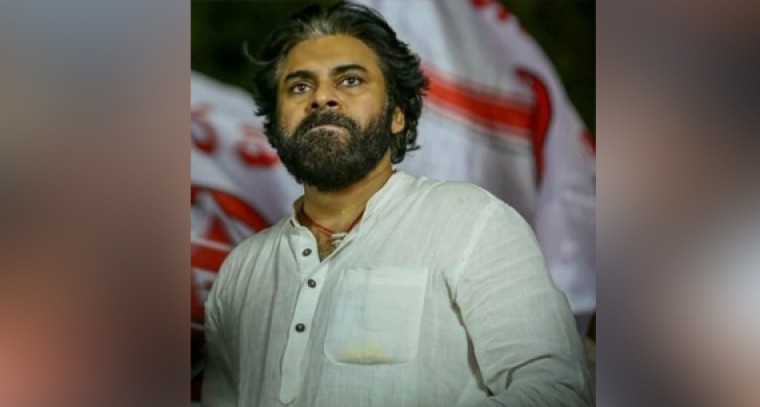 Amaravati, Nov (IANS) Actor-politician Pawan Kalyan said on Sunday that he is fighting his own battle against the YSR Congress Party (YSRCP) and that he need not tell Prime Minister Narendra Modi before striking at Andhra Pradesh's ruling party.

"If I have to strike at YSRCP, I will not do it after informing the Prime Minister. I will do it myself. This is my battle," he said.

The Jana Sena Party (JSP) leader was responding to statements of YSRCP leaders demanding him to divulge what he discussed with the Prime Minister during their meeting earlier this month.

"How are you concerned with what I discussed with the Prime Minister," he asked YSRCP leader Sajjala Ramakrishna Reddy.

The actor-politician said that since the 2014 elections, he has met Narendra Modi two or three times.

"Whenever we meet, we only talk about the country's security and welfare of the common man," he said.

The JSP leader was addressing a meeting at the party office after distributing financial assistance to people affected by demolition at Ippatam village in Guntur district.

Pawan Kalyan alleged that the YSRCP government targeted the villagers for giving their land for holding a JSP formation day public meeting on March 14.

"Is YSRCP a political party or a terrorist organisation," he asked.

"Ours is not rowdy sena. It is revolutionary sena," he said.

The actor-politician also challenged YSRCP to win the 2024 Asembly elections.

"I will see how you win this time," he said, ridiculing the claim of the ruling party that it will make a clean sweep by bagging all the 175 Assembly seats.

The JSP leader also appealed to people to back JSP in the next elections, urging them not to vote for JSP by looking at him but by judging the party by its policies.

If YSRCP is not checked, it will not stop at naming Kadapa as YSR Kadapa but will name India as YSR India, he said.