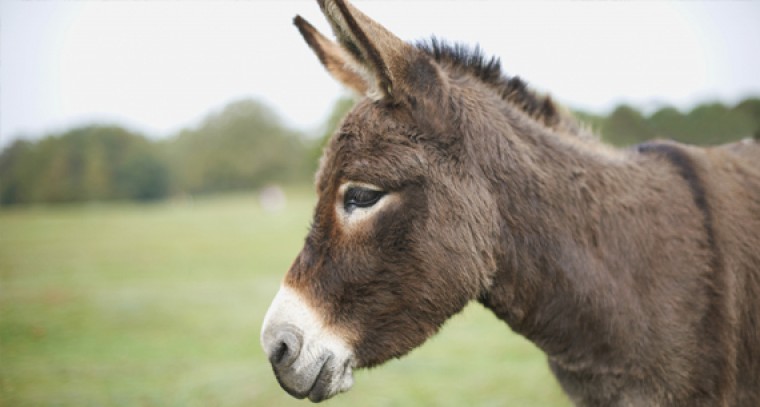 Amaravati, Nov (IANS) In the first-ever large seizure of donkeys meant for slaughter, the Prakasam district police, in a joint operation with PETA India and local groups from Andhra Pradesh, conducted raids in the district, and confiscated over 500 kg of donkey meat and 36 donkeys.

An illegal donkey killing roadside stall at pillar number 49 under the bridge of Vijayawada Ongole highway and donkey meat selling stalls in Vaddivari Kunta and under Koppolu flyover in the jurisdiction of Ongole taluka police station were raided. Donkey meat and discarded body parts, including heads, legs, and flesh attached to tails, were seized by the police.

An FIR has been registered by Ongole taluka police station under various provisions of the Indian Penal Code (IPC), 1860; the Prevention of Cruelty to Animals (PCA) Act, 1960; and the Food Safety and Standards Act, 2006. The rescued donkeys have been moved to safety ahead of permanent rehabilitation.

The raids were conducted following a complaint from People for the Ethical Treatment of Animals (PETA) India. Gopal Surabathula of Animal Rescue Organisation and Vijay Kishore Palika of East Godavari SPCA were also part of the raids.

On Sunday too, a truck has been intercepted by local volunteers and PETA India, and 26 donkeys were rescued.

Three persons involved in the illegal trade and slaughter have been arrested. Just last week, in a similar operation, the Bapatla police, with PETA India and local groups' support, rescued 16 donkeys and seized over 100 kg of donkey meat, registered a first information report (FIR), and arrested four people in Bapatla in connection with the illegal donkey meat trade.

In October too, Bapatla police, with PETA India's, help seized over 400 kg of donkey meat, registered three first information reports, and arrested 11 people in Chirala in connection with the illegal donkey meat trade.

Over a seven-year period, India's donkey population has declined by 61 per cent.

In Andhra Pradesh, butchers sell donkey meat by peddling unscientific myths about its supposed benefits even as killing donkeys and eating donkey meat violates a number of laws.

Donkey slaughter violates Section 429 of the IPC, 1860, and is punishable with a jail term of up to five years, a fine, or both.

Killing donkeys is also an offence under Section 11(1)(a) and (l) of the PCA Act, 1960. Consumption of donkey meat is illegal under the Food Safety and Standards Act, 2006, and slaughtering animals in public places is banned under the Prevention of Cruelty to Animals (Slaughter House) Rules, 2001, a PETA India release stated.

"We commend the efforts of the Prakasam police, led by Malika Garg, who have helped send a consistent message that cruelty to donkeys will not be tolerated," says Meet Ashar.

"PETA India is calling on everyone to report illegal donkey slaughter to authorities and to extend compassion to all animals by eating vegan."