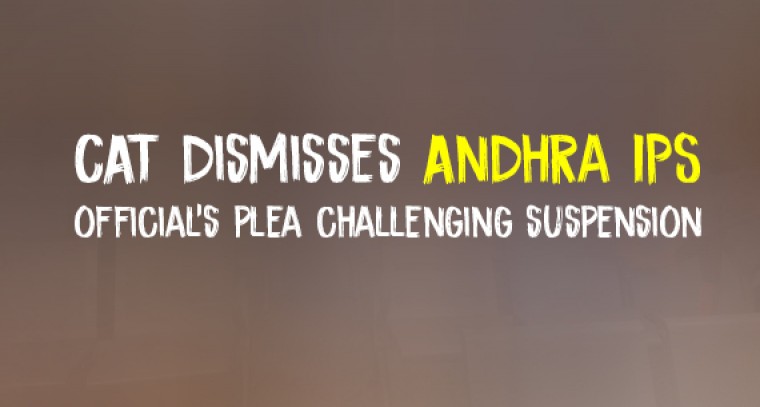 The tribunal declined to set aside the state government's order suspending the Director General of Police-rank officer.

The tribunal, which had reserved its order on Rao's petition on March 7, pronounced the same on Tuesday.

The state government had last month suspended the officer for his alleged misconduct and irregularities in purchase of security equipments.

The officer was accused of endangered 'national security' by disclosing intelligence protocols to an Israeli defence manufacturing firm.

The Indian Police Service (IPS) officer of 1989 batch was directed not to leave Vijayawada without obtaining the permission of the government.

The Union Ministry of Home Affairs on March 7 confirmed his suspension on the request of the state government.

It requested the state government to issue the charge sheet against the officer by April 7, 2020.

Considered close to then chief minister N. Chandrababu Naidu, Rao was removed as the intelligence chief after Y. S. Jagan Mohan Reddy assumed office in May last year. He was since waiting for a posting.

Earlier, on the eve of the elections in April, the Election Commission had ordered the transfer of intelligence chief following a complaint filed by Jagan Mohan Reddy's YSR Congress Party (YSRCP). The then opposition party alleged that Chandrababu Naidu was using police officials to undermine the election process in the state.