Jagan complains to Guv over postponement of local body polls 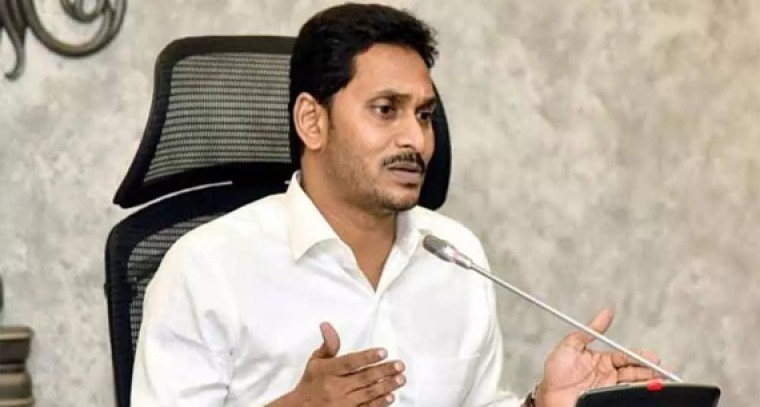 Within hours after State Election Commissioner (SEC) N. Ramesh Kumar postponed the local body polls by six weeks, Jagan Mohan Reddy called on Governor Biswabhushan Harichandan and complained to him against the unilateral action of the official.

The Chief Minister later addressed a news conference to hit out at SEC saying he acted at the behest of leader of opposition N. Chandrababu Naidu, who was unable to digest YSR Congress Party (YSRCP) sweeping the polls.

Jagan, as the Chief Minister is popularly known, said Ramesh Kumar, an IAS officer, was appointed as SEC by Chandrababu Naidu, when he was the chief minister. The YSRCP chief also pointed out that Kumar belongs to Naidu's caste.

"Through his moles in the administration, Chandrababu Naidu is trying to weaken the institutions," he said.

Jagan asked who gave the SEC powers to transfer collectors and superintendents of police and take unilateral decisions. "Who is in power? Is it Chief Minister or the state election commissioner?" he asked.

The Chief Minister said coronavirus was only an excuse to postpone the elections as Kumar did not even consult the chief secretary or health secretary.

Jagan said the coronavirus situation in the state was not serious to warrant such a measure.

He said the only reason for postponement was that Chandrababu Naidu was unable to digest the fact that YSRCP unanimously won a large number of seats in rural local bodies and was heading to sweep the polls.

Jagan said if the SEC failed to mend to his ways, he would take the issue to the highest level.